NATIONAL EXPORT AWARD:
Due to the success of this Company, the President of Mexico awarded Alro & Co. with the National Export Award. With this important award, the Company demonstrates it´s dynamism in foreign trade

EXCELSIOR (MEXICO'S NATIONAL NEWSPAPER):
Trading Companies are export links for small manufacturers. Alberto Romo-Chávez underlined this, as a great opportunity for Mexican Companies to be involved in foreign trade

ENTREPRENEUR (MEXICO'S NATIONAL BUSINESS MAGAZINE):
His company gave impulse to suppliers, who were not able to export formerly

EXPANSION (MEXICO'S NATIONAL BUSINESS MAGAZINE):
The Export Train... whomever´s looking for a straight way through a difficult and hostile territory, needs to learn from who´s done it big, like Alro & Co…

IPADE BUSINESS SCHOOL:
In a lecture at IPADE Business School, Alro´s President: Alberto Romo-Chávez Jr. said: “Imagine a Mexican in the 70´s, who was used to seeing very few imported goods in his country. Working for a US Store, where everything was imported and 95% of the clients were woman. I was impressed at the experience I was living”

EL FINANCIERO (MEXICO´S NATIONAL NEWSPAPER):
Alro has been a positive case…by integrating in its operation: 140 suppliers located in 11 States in the country, where 2,000 jobs are generated

SERGIO RAIMOND-KEDILHAC NAVARRO -DIRECTOR INSTITUTO PANAMERICANO DE ALTA DIRECCIÓN (IPADE) :
I want to inform you that Alro & Co´s Case, was a great success with the Mexican business people, who attended these sessions in Monterrey, Guadalajara, and Mexico City. I would like to congratulate you.

PAT DEVLYN- FOUNDER DEVLYN OPTICALS:
Congratulations for the conference, you were so kind to prepare and present in the IPADE Business School, about the Competitive Business Strategies in Global Markets! You made the difference in the program! You captured our attention, thanks to your attitude and knowledge. You woke in all of us, deep desire of having you like a model “worth to imitate”.

PETER MONTES S. – DIRECTOR UNIVERSIDAD DE LA SABANA, COLOMBIA: INALDE (INSTITUTO DE ALTA DIRECCIÓN):
We appreciate you accepting our invitation to participate as a guest speaker, in our reunion for International Export Promotion, held in Santa Fé de Bogotá, Colombia.  Your presentation on How to Sell to Department and Specialty Stores, was very successful due to your experience in US Markets.

DICK JOHNSTON- PROVINCIAL TREASURER, EDMONTON, ALBERTA CANADA:
Your characterization of the Mexican Small Business Sector, and the advantages for working in partnership with producers, was most informative.  The product information you provided was helpful to conference delegates, and gave us a greater understanding of investment opportunities. 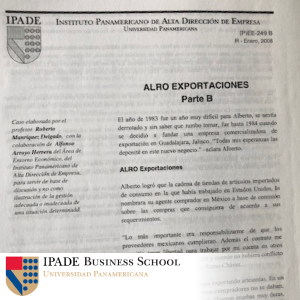 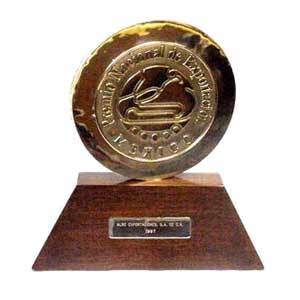 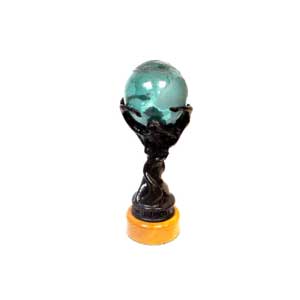