Later as Director of Merchandise for a Wholesale Company based in Los Angeles, Calif., importing general merchandise from Asia for the American Market.

In México creates Betho’s and begins importing general merchandise from Europe & Asia for the local market and later develops a Franchise operation and commence opening stores by using the Franchise format. Later the founding of Alro & Co. , and starts developing export products from different categories for global markets focusing mainly for USA and Canada .

Today he is involved in the e-commerce a US Company (www.pakal32.com) supporting the Contemporary Mexican designers to penetrate the US Market.

In his book (Myths and Facts about Global Trade) you will learn the shortcuts he found to minimize risks in exporting/importing, most important how to know if one is competitive with own product(s) without investing funds or using outside consultants or which channels/niches are more suitable for your product(s) and more, much more…

“International trade is not a set of rules, but a number of details” 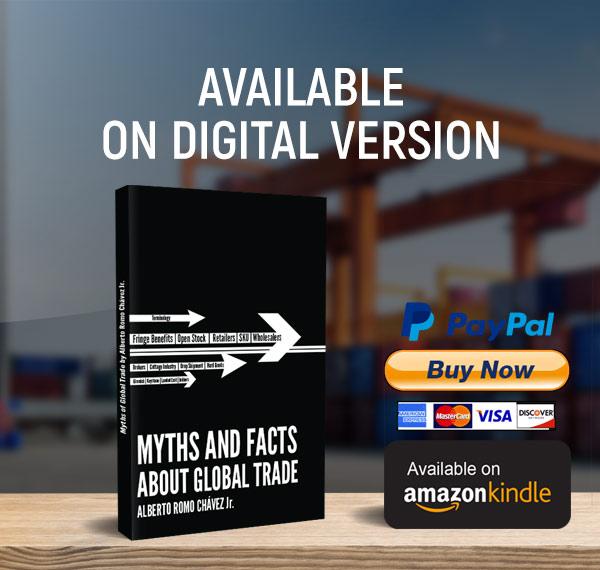